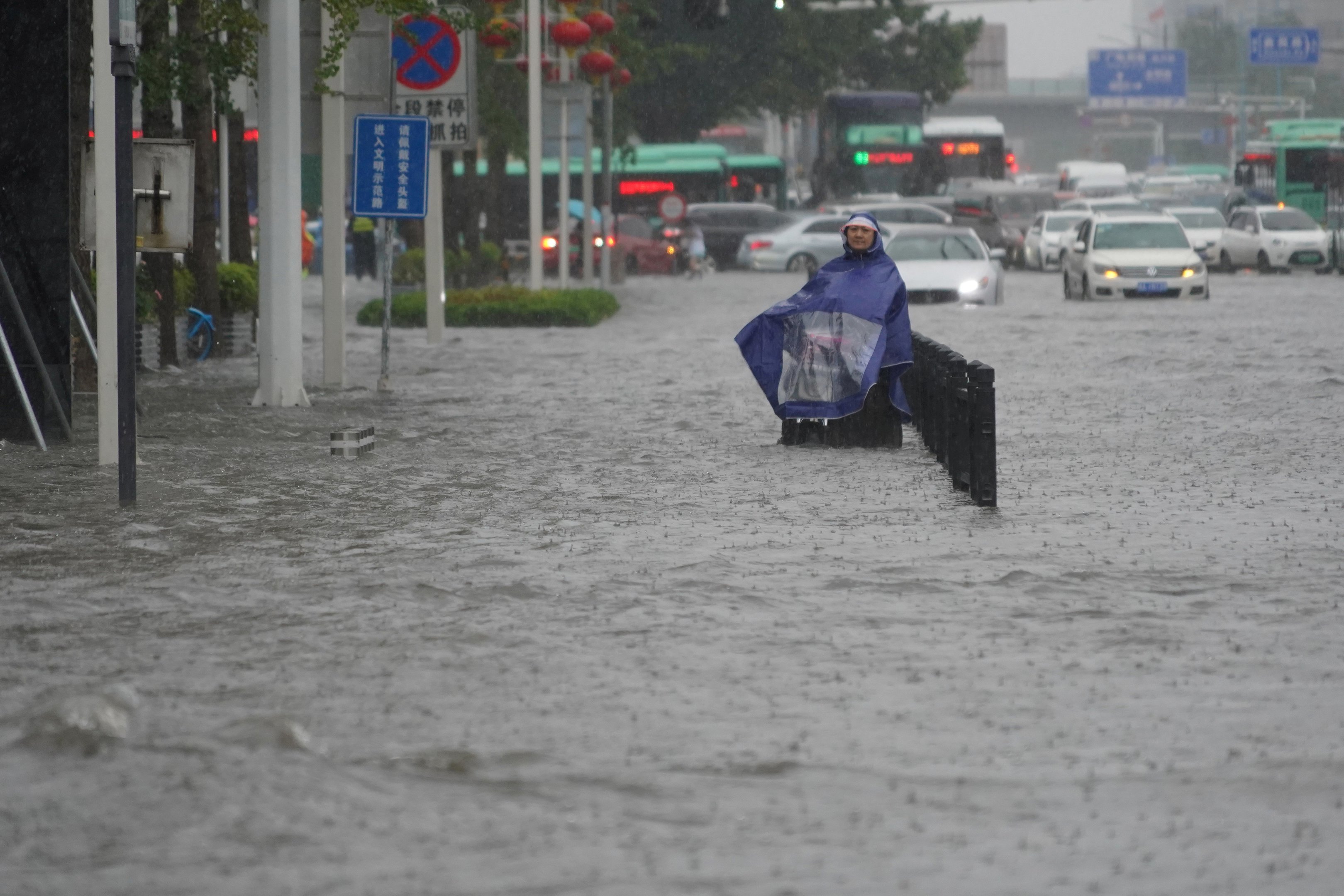 Resident in a raincoat walks along a flooded street in Zhengzhou, China’s Henan province 20/07/2021 via REUTERS (Cnsphoto/Reuters)

At least 25 people died in Henan province in central China, a dozen of them on a subway line in his capital that was flooded by what meteorological authorities called the the worst rain in 1,000 years.

About 100,000 people were evacuated from their homes in the capital Zhengzhou, where rail and road transport has been disrupted, with dams and reservoirs filled to alarming levels and thousands of troops carrying out a rescue operation in the province.

City officials said that more than 500 people were rescued from the flooded subway, with images from social media showing train passengers chest-deep in water in the dark and a station reduced to a large brown pool.

“The water hit my chest,” wrote one survivor on social media. “I was very scared, but the most terrifying thing was not the water but the lack of air inside the train.”

The rain disrupted bus services in the city of 12 million people located about 650 kilometers southwest of Beijing, said the resident with the surname Guo, who had spent the night in the office.

“That’s why so many people used the subway, and tragedy happened,” Guo told Reuters.

At least 25 people have died in the torrential rains that have hit the province since last weekend, with seven missing, officials said at a news conference on Wednesday.

Between Saturday and Tuesday, 617.1mm of rain fell in Zhengzhou, almost equivalent to the annual average of 640.8mm.

As in recent heat waves US USA and no Canada and floods in Western Europe, rains in China areThey are almost certainly related to global warming, scientists told Reuters.

“Extreme weather events like this are likely to happen more often in the future,” said Johnny Chan, professor of atmospheric science at City University of Hong Kong.

“It is necessary for governments to develop strategies to adapt to these changes,” he added, referring to authorities at the municipal, state and national levels.

Many train services were suspended around Henan, a major logistical hub with a population of around 100 million people. Roads were also closed, with flights delayed or cancelled.

Schools and hospitals were abandoned, and people caught by the floods took shelter in libraries, cinemas and even museums.

“We have 200 people of all ages seeking temporary shelter,” said an official with the surname Wang at the Zhengzhou Museum of Science and Technology.

“We gave them instant noodles and hot water. They spent the night in a large conference room.”