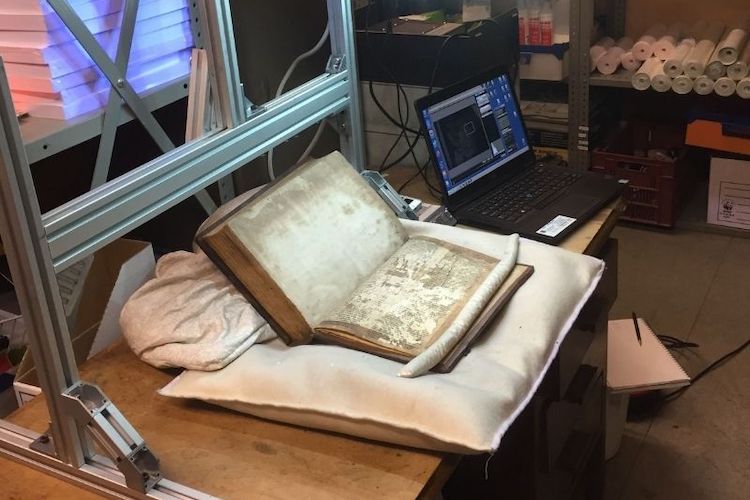 In July 2021, a team of researchers from the United Kingdom published a book that discusses the findings of an intriguing study that could give a new interpretation to the legend of King Arthur.

The work “The Bristol Merlin: Revealing the Secrets of a Medieval Fragment” focuses on a set of seven medieval manuscripts which were accidentally discovered in mid-2019 in the city of Bristol, England.

The artifacts, which contained several illegible writings, gave new details about the magical legend of King Arthur and from your guide, the wizard Merlin.

These items, notice the Scienceplus, were analyzed by the team with the help of multi-spectral imaging technology, which captures photographs from different electromagnetic wavelengths.

The analysis revealed differences in text from previous versions of the story, being that through the technology used, experts were able to read damaged sections of text that would be invisible to the naked eye.

One aspect that caught the attention of these historical documents was their age: the manuscripts were dated from the period between 1250 and 1275. Their place of origin was France, but they also passed through England – and were eventually found there.

The book, which does not yet have a Portuguese edition, reveals some details of King Arthur’s story, but in a different way from what we know – which makes room for new interpretations to be made.

For example, the wound inflicted on King Claudas’ thigh – who was the protagonist’s opponent – ​​could have actually been just a metaphor to give the feeling of impotence, according to the researchers, since in this older manuscript, the episode is not recorded.

On the other hand, the Bristol fragments show a “slightly attenuated” account of the sexual encounter of the wizard Merlin with the sorceress Viviane, also known as the Lady of the Lake.

King Arthur is a legendary british leader who, according to medieval tales and chivalric romances, led the defense of Great Britain against Saxon invaders in the late fifth and early sixth centuries.

The details of Arthurian stories are mostly composed of literary legends, and their historical existence is a matter of academic debate among contemporary historians.