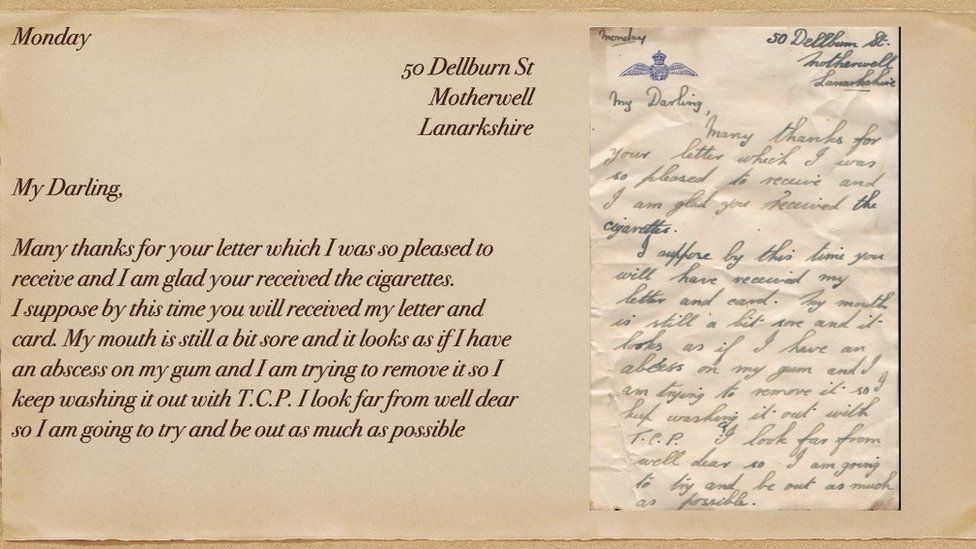 In February, employees of the Esplanade Hotelin Scarborough, a town along the north coast of England, were renovating the historic building when they found a real treasure trove of World War II era artifacts.

Hidden under the floorboards of a small pantry on the first floor of the hotel, the hideout contained everything from a decades-old can of Vaseline to cigarette packs, chocolate wrappers and old-fashioned toothpaste tubes.

Workers also discovered evidence of a long-lost romance: some love letters written by hand and spent over time.

According to the BBC, a Scarborough Historical and Archaeological Society (SHAC), who is working with the hotel to assess the discovery, estimates that the missives date from 1941 a 1944.

In the letters, the couple expressed loneliness and reported the monotonous details of their daily lives. One begins with the sender complaining of an abscess in the gums. And, at the end, it reads: “You are always in my thoughts night and day“. “Wherever you go, my dear, never forget that i love you more than anything else on Earth, ”continues the letter.

Marie Woods, representative of the SHAC, said that when he started “examining the material and realized exactly what it contained, I thought, ‘My life, these are stories about real people’. It is a real treasure ”.

The letters do not have the couple’s names, but the SHAC is actively looking for more information about their identities. The investigators suspect that a woman may have been exchanging letters with her partner, a British soldier living at the hotel during the war.

“THE time doesn’t seem to pass so quickly here and the days drag on and I suppose they will fly when I return home, ”wrote the probable soldier in response to the woman. “Oh, dear, I am so alone without you.”

Several military units remained in the Esplanade Hotel during the war, including the 184th Tunneling Company for Royal Engineers; The Royal Corps of Signals; and the 7th Battalion, Brigade of Fuzileiros. These soldiers would have rested at the hotel between wartime training or deployments.

Although the mysterious sender signed his name, which started with the letter “M”, on one of the signs, the mice nibbled on the page, making the word unreadable. In another letter, the woman wrote an address: 50 Dellburn Street, em Motherwell, Lanarkshire.

Society has a strong lead, but it still needs to confirm this connection.

Speaking to the British newspaper i, after the discovery was made public, Woods said the SHAC received an email that revealed the identities of the occupants of the address during the war: Jessie e James McConnell.

“They had a son named John, who was in the RAF [Royal Air Force] and that, unfortunately, died in a plane crash in 1943, at 19, ”said Woods. “We think the letters may have come from him and were written for a girlfriend while I was at the hotel. ”

The organization hopes to display the cards at the hotel as soon as the confinement is lifted.

“The cards are extremely evocative and bring the personal emotions of the people who experienced the trauma caused as a result of the war ”, wrote the SHAC, in a publication in Facebook. “It would be really wonderful if, by some miracle, we could find out more about these wartime lovers and their lives after the war.”