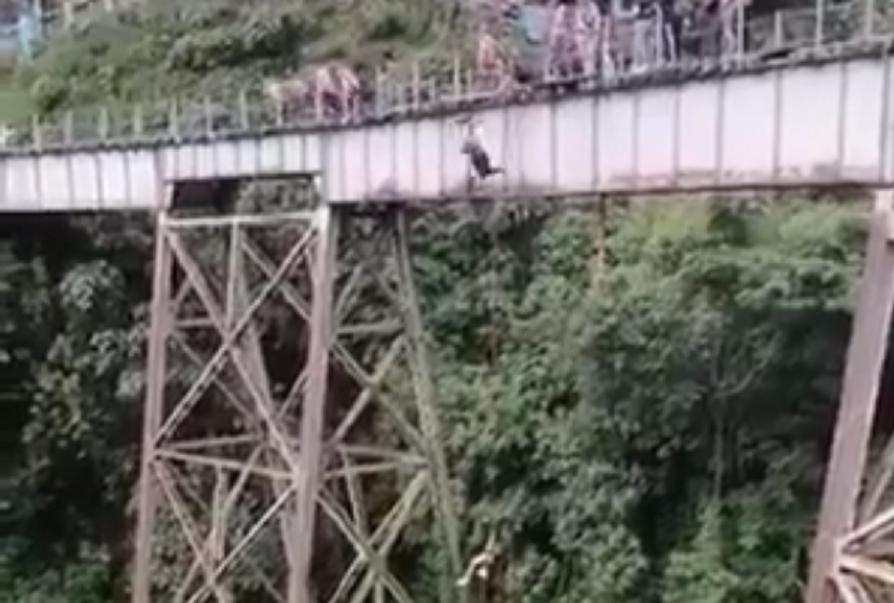 A 25-year-old girl died this Sunday, 18, after jumping from a bungee jump before the hour in the city of Antiquoia, in the Colombia. According to the newspaper La Independencia, the victim, identified as Yecenia Morales, was a native of Medellín and would have understood that the order to jump given by an instructor to another person was, in fact, for her. The young woman, who had gone to the scene with her boyfriend, fell from a height of more than 40 meters without any kind of protection in front of 100 people. The fire department was called, but she was already dead when they arrived at the scene. The young woman’s autopsy report showed that she didn’t die from the fall, but because she suffered a heart attack before reaching the ground. Companies operating the service, popular locally, do not have any kind of permission to operate in the area. A video of the moment when the young girl jumps and people despair was posted on social media:

#Present The young Yecenia Morales died when she fell from a bridge in the El Viaducto village in Antioquia. She was a native of Medellín. pic.twitter.com/eeSMTzkI7T