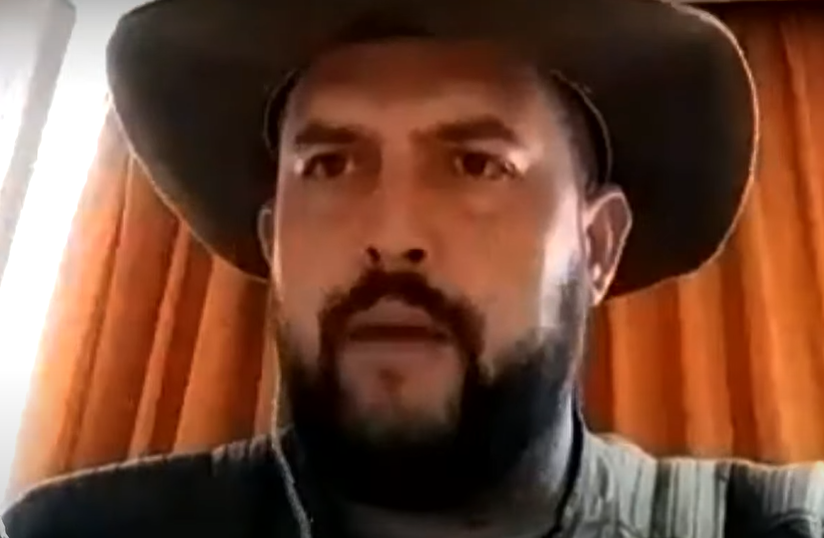 In an interview with Panico, the category leader stated that he decided to end the strike after meeting with Jair Bolsonaro: ‘A vote of confidence to the president’

Reproduction/PanicZé Trovão, leader of the truck drivers, granted an exclusive interview to the Panic program this Friday, 10

This Friday, the 10th, the program Panic received Marcos Antônio Pereira Gomes, the Ze thunder, youtuber and leadership among truck drivers, who paralyzed the roads of the Brazil this week. In an interview, he talked about meeting with the president Jair Bolsonaro to negotiate the end of stoppages. “We finally decided on the strikes, with the exception that from now on we will be attentive to the actions taken by ministers, deputies and senators. We will release because we believe that what Bolsonaro promised us will happen. The window of dialogue and common sense can bring stability to the powers that be, which is what is important. We definitely decided that the Brazilian people will give one more vote of confidence to the president, who has worked brilliantly for our country. We started with order, tracks released for anyone who wanted to pass. But the process narrowed to both sides, we got to the point where the police started using truculence, throwing pepper spray and rubber bullets. We showed that Brazil has an owner, and the owner is the people. It’s not class, it’s the Brazilian people. At no time did we want this, but all the time, as in a video, a pregnant woman in Ponta Grossa was beaten by a police officer. This isn’t going to get cheap, we’re going up. When they used force against us, we showed that we also have strength.”

Marcos is at large in Mexico since last week, after having his arrest ordered by the Minister Alexandre de Moraes, in the investigations of the organizers of the acts of the 7th of September. In this regard, he stated that he will not turn himself in, as the lawyers and he do not have access to the process on his behalf. “I’m not on the run, I came to Mexico on the 27th to fulfill things and to protect my life, because before my mandate left, I was suffering many threats on social networks and Whatsapp groups. They took my number and said they were going to kill me and my family, I needed to go out with my family to a safe place. In the middle of that, I got the news that I was being wanted. We took precautions so that this arrest did not happen, because it is arbitrary, it is not logical. Neither I nor my lawyer had access to the investigation, I don’t know what I’m being accused of, how can I defend myself? I don’t accept my arrest. I’m not a criminal, I’m not a fugitive, I don’t need that, I have four children to raise. I was instructed not to show up until they brought up what I was being accused of. I believe that in the next few hours I should be free to go back to my country and continue my fight, because the fight doesn’t stop. It’s not because we release the lanes that our fight ends, Brazil needs to move forward and truly function.”

Zé Trovão also clarified the demands of the truck drivers who joined the strike. According to him, the category demanded for democracy less truculence in the actions of the STF. “We wanted a democracy that was really democratic. We could not continue with the actions taken by Alexandre de Moraes. He was acting very truculent, acting the wrong way. Our intention was to restore order, even if we had to change the STF ministers to do so. Bolsonaro did something no other president would do, he put his image and reputation aside to maintain order and democracy. What he did was brilliant. He shows once again that he is one of the greatest statesmen in the world. The president had the entire people stopped. The president took his step back and the Supreme also backed down. They understood that this rope was going to snap in a bad way, because we weren’t going to leave here. If the brutality started, we would call in more people.”

Check out the full interview with Zé Trovão: